The long-awaited debut of Rocket League on Android 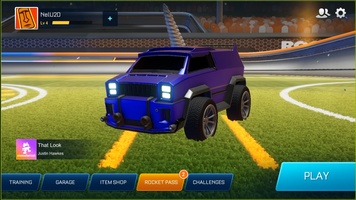 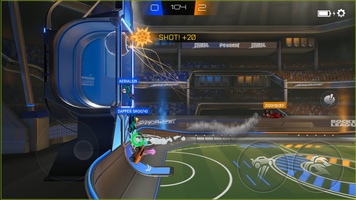 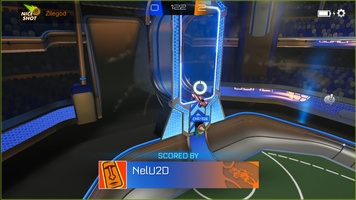 Advertisement
Rocket League Sideswipe is the official adaptation of the great Rocket League -one of the most popular and spectacular e-sports right now- for Android. Far from being a simple 'port' of the PC and console versions, this game has been specifically designed for touchscreen devices.

The first you'll be sure to notice about Rocket League Sideswipe is the perspective. Instead of having the classic third-person perspective with your vehicle always in the center of the screen, it offers a side perspective that will allow you to see the setting better on a smartphone. Thanks to this change, the controls can also be somewhat simplified, better adapting to the requirements of touchscreens.

Another important aspect to keep in mind is that the games are 1v1 and 2v2, with a maximum duration of two minutes. Again, these changes were made with the goal being to improve the mobile experience. Thanks to the reduced number of players on each team, it'll be easier to find random games at any time. Also, due to the shortness of the rounds, you can play one or more games wherever you go.

Rocket League Sideswipe is a visually spectacular title that promises to bring to smartphones the same excitement that the original title offers on PC and consoles. As expected, the game will also allow you to collect dozens of decorative elements to customize all your vehicles and give them a unique look.
Reviewed by Andrés López
Advertisement

Why is this app published on Uptodown?
(More information)

thank you I wanted to play my others too much when it starts up the game and when it doesn 't press down loading it lasts a thousand years and voila and then also I like the rocket league sideswipe ga...

eFootball PES 2021
The most realistic soccer game on Android
Dream League Soccer 2019
Build the greatest soccer team, ever
8 Ball Pool
The best pool game for Android
Carrom Pool
Get rid of all the tiles on the board
FIFA Soccer: Beta
A new generation of soccer games landed on Android
FIFA Soccer
The 2021 / 2022 soccer season is now on Android
Dream League Soccer Classic
A great alternative to FIFA or PES for Android
Vive le Football
Soccer in its purest form